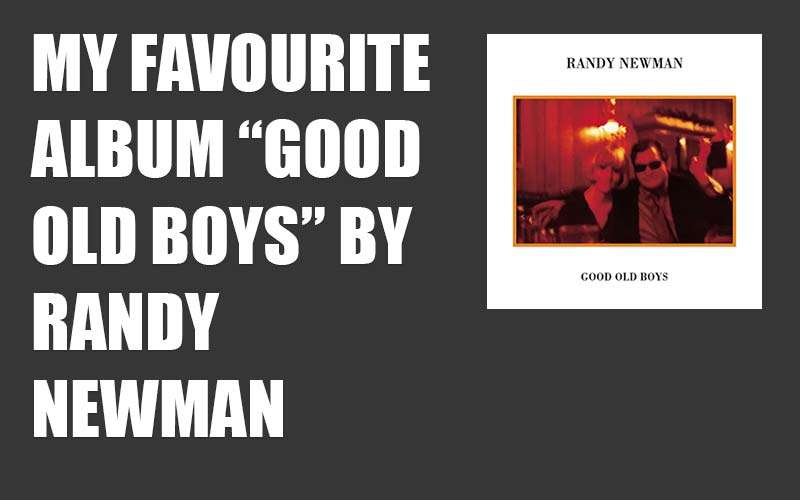 ‘Good Old Boys’ by Randy Newman was released in 1974. It is a thought-provoking, humorous, sometimes scathing portrait of the Deep South. It is full of lush orchestral arrangements,  with harmonies on some tracks by Don Henley and Glen Frey and some haunting slide guitar from Ry Cooder. It’s underpinned by Newman’s rolling New Orleans piano style and topped off with his trademark acerbic lyrics.

None more so than the first track ‘Rednecks’. With its use of the “N-word” it probably wouldn’t see the light of the day in these times. Written from the point of view of a racist redneck it starts with just a piano and vocal and then the band with full orchestra kicks in. He sings of rednecks talking funny, drinking too much and laughing too loud and not knowing their ass from a hole in the ground and keeping the black folk down. But then near the end of the song he suddenly turns the tables and lambasts the so-called liberal northerners who treat the black community no better; putting them in a cage in Harlem New York city, in a cage on the South Side of Chicago, in a cage in Hough in Cleveland, in East St Louis, in Roxbury in Boston…

Nearly 50 years later and the song is just as relevant today.

‘Birmingham’ on the other hand is a loving tribute to that American city in the heart of Jefferson county.
A carefree, upbeat song with shades of Stephen Foster. The orchestra, with brass to the fore, complements the simple sentiments of the song and the catchy chorus; ‘Birmingham, Birmingham. The greatest city in Alabama’…’

One of the most covered tracks on the album is the song ‘Guilty.’ A tale of an everyday loser, in trouble again, drunk and coked up and showing up late at his girl’s place.

It resonates with anyone who has ever been ‘guilty’ of messing up when it comes to trying to stay on the straight and narrow. There’s a discordant woodwind section that perfectly mirrors the unhappy state of mind of the protagonist and his sad admission at the end;

On the track ‘Louisiana 1927’ Newman evokes the disastrous floods which occurred back then when there was ’Six feet of water in the streets of Evangeline.’ He sings of President Coolidge paying a visit and the strings are almost crying as he ends on the repeated plaintive line; ‘They’re trying to wash us away…’

In  the blackly humorous ‘A Wedding In Cherokee County’, Newman sings about the bride’s papa being a midget, her moma being a whore and her grandad …. a newsboy ’til he was eighty-four..’ And typical of Newman, the wedding night doesn’t turn out well either;

In ‘Kingfish’ Newman eulogises Huey Long who was governor of Louisiana from 1928 to 1935. He even sings a song that Huey Long wrote called ‘Every Man a King’; a vaudevillian, piano singalong which segues into ‘Kingfish’. It starts with sinister-sounding strings lambasting the unfriendly French of New Orleans and then takes off with a lovely brass arrangement lionising the larger than life Huey Long and all his achievements;

Every track on the album shines through, from the plaintive love song ‘Marie’ with its strings dripping with sadness and heartfelt lyrics of true love, to the harmony-laden melody of ‘Back On My Feet Again’ to the blue-collar worker’s plea to Nixon in ’Mr President (Have Pity on the Working Man).’ It’s a record I return to time and again. The melodies are at times heart-wrenching.

The lyrics are honest and funny and bittersweet. In the wee small hours, it’s the perfect album.